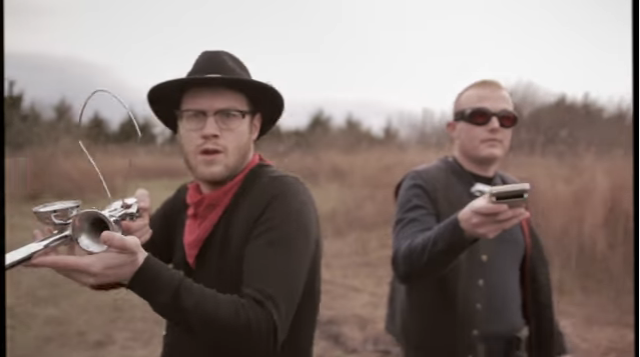 Finding an alien obelisk in a field is, unfortunately, usually a pretty good sign that you’re about to get abducted. At least, that’s what the Hooten Hallers would have you believe in their new video for their tune “Further from Shore.” The song — from the band’s 2017 self-titled release — is an affecting meditation on loss, but the video is joyful and lighthearted, little green men and all.

“This one is a melody I have been playing on the guitar for quite a while, but never wrote words to until we were actually in the studio,” the band’s John Randall says. “I guess it’s about trying to move forward with your life in the face of the sadness and uncertainty that comes from losing someone you love.”